Four Reasons to Expand Your Wire Harness Production to Mexico

Four Reasons to Expand Your Wire Harness Production to Mexico 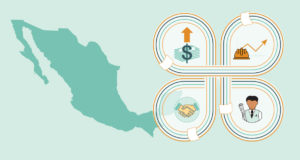 Cost pressures facing American and Canadian wire harness production companies are more extreme than ever before. They are finding themselves losing out every day on opportunities to bid on customer projects for cost considerations. Being priced out of the quoting process or constantly needing to requote on business is increasingly common among wire harness producers. This includes those Entrada Group has as clients or others we have worked with over the years.

At the same time, wire harness production is growing like mad in Mexico, continuing a trend evident for the past 5-10 years. International wire harness producers seeking to better compete and reduce operating costs continue to turn to Mexico production to stay competitive and not be left behind.

Today, more than 7,000 people are employed in wire harness manufacturing for over a dozen companies in the state of Zacatecas alone. This access to an abundance of affordable labor gives central Mexico a pronounced advantage over not only American and Canadian production locations, but also over other regions of Mexico.

In 2013, Sentral Group’s then President, Dave Ritland, saw his company would soon need to situate some of its production outside of the U.S. in order to survive. “We saw the trend,” Ritland recalls, in a recent Entrada Group whitepaper about Mexico wire harness manufacturing. “The need to have a low-cost manufacturing location in order to be competitive was obvious.”

After careful consideration, the company decided to base its wire harness production in the state of Zacatecas, Mexico, located at the 1 million+ sq. ft. manufacturing campus of Entrada Group. This move to Mexico not only enabled Sentral to stay competitive (and not lose out as often based on cost) but led to its future growth.

Sentral Group is just one example of many wire harness producers that have expanded their international production to Central Mexico. For more than 20 years Entrada Group has guided numerous wire harness manufacturers through this strategic expansion. The driving forces to establish Mexico production are many. We’ve distilled them down to the four main benefits of wire harness production in Mexico.

Entrada Group’s wire harness producing clients may have initially launched Mexico production exclusively for cost-competitive labor, but all were surprised by the speed of new customer growth and expansion they encountered. Another of Entrada’s wire harness-producing clients, Telamon (which is based in Indiana), rapidly grew both headcount and operational square footage after expanding to Mexico.

Telamon launched its operations at Entrada’s manufacturing campus in 2007 (read the full Telamon client success story here). During its Mexico startup phase, Telamon employed 30 people (directs and indirects) in wire harness and cable assembly. As time went on headcount and production grew. More customers showed a preference for Telamon’s competitive operating costs. By 2014, Telamon had expanded to 600 employees. But it was between 2014 and 2018 that things got really interesting.

Throughout that period, Mexico’s automotive sector experienced runaway expansion. This created a higher demand for cost-competitive wire harness production in Mexico. Telamon was well-positioned to respond to the need. Its headcount doubled from 600 to 1,200 employees over the 4-year period. The growth underscored Telamon’s value to customers in the region, due to its ability to produce locally in Mexico. While the auto sector may not be growing as quickly today, wire harness production shows no signs of slowing down. In 2015, the global automotive wire harness manufacturing market was valued at $66.5 million. It’s projected to reach $93 million by 2022, a CAGR of 5.1% (according to market research firm Technavio).

As you already know, Mexico’s workforce is extremely cost-competitive. The hourly labor costs for fully loaded direct labor are a fraction of prevailing rates in the U.S. and Canada. What is not widely known is the tremendous variance in labor costs across the regions of Mexico.

Operating costs in Mexico’s interior, for example, where Entrada’s Zacatecas manufacturing campus is located, can be as much as 40% lower than those in Mexico’s near-border regions. One reason for this variance is due to the mild year-round climate in Zacatecas. As a result, wire harness manufacturers at the Entrada campus don’t have to provide heating nor air-conditioning, lowering operating costs. More importantly, the cost of living in Mexico’s interior is significantly lower than the cost nearer to the US border. This translates to big cost savings in a labor-intensive process like wire harness assembly.

Wire harness producers in Mexico also benefit from their products being lightweight and easily transportable. Freight can be trucked from Entrada Group’s manufacturing campus to the U.S. border in under one day.

Mexican labor is highly productive, even when it’s compared to workforces in the U.S., Canada or Europe. According to the “2018 Boston Consulting Group Global Manufacturing Cost-Competitiveness Index”, Mexico ranks among the 15 highest exporting nations in the world. In fact, the quality of work and efficiency of Mexican labor is extremely high. Some of Entrada’s wire harness manufacturers are doing re-work of wire harness products made in other countries (primarily from Asia).

Our client, Electrex, moved from a high-volume/low-mix assembly to more low-volume/high-mix production at its facility in Mexico. This shift took the company some time to implement. It was all made possible due to the capability and adaptability of its Mexican workforce in Zacatecas.

Another one of our clients, Pacific Insight, also initiated more sophisticated production techniques and product mixes. Once it witnessed the more advanced capabilities of its Zacatecas workforce, Pacific Insight decided to make a transition. As a Canadian electronic producer for the automotive and commercial vehicle markets, Pacific Insight started in Mexico with basic wire harness assembly. Not long after deciding to also bring its SMT lines down for the production of interior lighting systems. The company eventually transitioned its mold-making process to Mexico too, further enhancing its in-country capabilities.

Conclusion
How can you be more cost-competitive as a wire harness producer, yet still grow and adapt to the future? Expanding your operations to Mexico is the answer and we can help. If you want to learn more about Entrada Group or gain insight into how our wire harness producing-clients grew steadily over the years, download our Wire Harness Manufacturing whitepaper.

Register for our webinar Share this page Back to Top