How do you launch manufacturing of a new product category for the first time in a foreign country without taking on too much cost and risk?

Electrex, Inc., based in Kansas

Electrex needed to leverage its existing wire harness production location in Mexico in order to better compete in a new product category: seat manufacturing and foam-making

For Electrex, a decade-plus of growth of its Mexico manufacturing footprint gave the confidence needed to produce a new line of business in the country 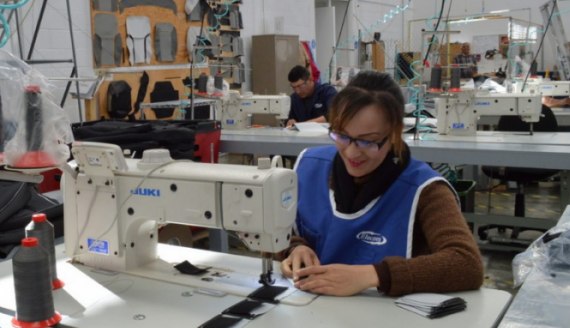 Kansas-based Electrex Inc. is a successful electrical systems manufacturer that had been producing wire harnesses, battery cables and electrical panels for a variety of global OEM and Tier Ones companies around the world for over 40 years. Since 2005, Electrex had been assembling wire harnesses in the state of Zacatecas, Mexico at Entrada Group’s manufacturing campus in the city of Fresnillo.

Entrada’s Manufacturing Support Platform provided Electrex a fast track to the benefits of Mexico, including: a ready and proven infrastructure, responsibility for Mexico compliance and legal indemnity, competitive operating costs, and oversight of all General and Administrative support services in Mexico. For over a decade, Entrada Group handled all non-production-related responsibilities, enabling Electrex the freedom to focus on its core wire harness business, customer expansion and high-quality production, resulting in the steady growth of its Mexico operation.

Faith in Mexico Leads to Launch of New Production Line
Then in 2012, with Electrex’s wire harness assembly firmly established and growing in Mexico, the company had an important strategic decision to make about another of its existing production lines. According to Nick Coulter, General Manager with Electrex, the company had entered the seat manufacturing business for tractors and riding mowers in 2009, but struggled to find its place in a competitive market with solely domestic production. “We were doing customized seat manufacturing and foam production in the U.S. for a number of clients, but we started to see the writing on the wall and realized that it wouldn’t be viable long term, due to complexity and cost,” he said.

Competitive Advantage Secured
Electrex launched its new seat manufacturing operation in Fresnillo in 2016 with 50 employees. The new operation was profitable from the start, as Electrex transitioned existing customers to the new production location in Mexico smoothly. Since then, Electrex has added several new large lawn and garden OEMs, enabling the company to realize approximately 30% growth in new business, according to Coulter. “We wouldn’t have been able to win those new customers without lowering production costs and coming to Mexico,” he said. “We would have lost out on those opportunities.”

Overall, after more than 13 years in Mexico, Electrex’s faith in Mexico, its workforce and Entrada’s manufacturing support platform has proven well-placed. The company’s wire harness operation has roughly quadrupled in headcount and Electrex employs over 230 people on both production lines. Electrex’s Mexico journey reinforces a similar story many of Entrada’s clients have experienced over the years: launching in Mexico at a modest size (headcount and footprint), soon followed by a tangible realization of the high productivity level of the Mexican workforce, leading finally to plant and workforce expansion to accommodate new customer demand, seamlessly provided by Entrada Group.

Mexico quickly rose to the top, due not only to the familiarity and success Electrex had gained through its wire harness operation, but also to its faith in Entrada’s support platform. At the same time, Electrex’s management team knew that producing for an entirely new line of business also meant new challenges, with no guarantee of success. For example, Electrex estimated it would require approximately 500 hours of management training over a one-year period to bring the new plant up to speed for foam-making and sewing. In addition, hiring labor with the right skillset would add to the startup timeline and cost.

“We knew that as a small manufacturer you have to add more value than your competitor to survive,” Coulter said. “That said, we also knew that, as a small company, this had to work. We were making another big investment [in Mexico] and couldn’t afford to take big risks.” Entrada’s long tenure in the Fresnillo community was a big advantage in staffing the new seat manufacturing operation. To cite just one example, Entrada was able to draw on a key skill set in the area, hiring many experienced sewers from other companies in and around the area.

“We knew that as a small manufacturer you have to add more value than your competitor to survive.”