Plastomer: You Need a Mexico Strategy to Serve the Auto Sector

HomeClient storiesPlastomer: You Need a Mexico Strategy to Serve the Auto Sector

Plastomer: “If you’re serious about serving the auto sector, you need a Mexico strategy”

How do you establish a successful Mexico manufacturing operation cost-competitively, yet do so in one of the fastest-growing and most in-demand regions of Mexico?

Plastomer Corp., based in Michigan

Plastomer needed to produce in closer proximity to its Mexico-based clients, which it had been serving remotely from its Detroit facility

For Plastomer, it was essential to be in Central Mexico, strategically close to existing OEM and Tier One customers. But the region is a costly one and the midsized, 60-year-old company had no knowledge of how to do business in Mexico

Plastomer: “If you’re serious about serving the auto sector, you need a Mexico strategy” 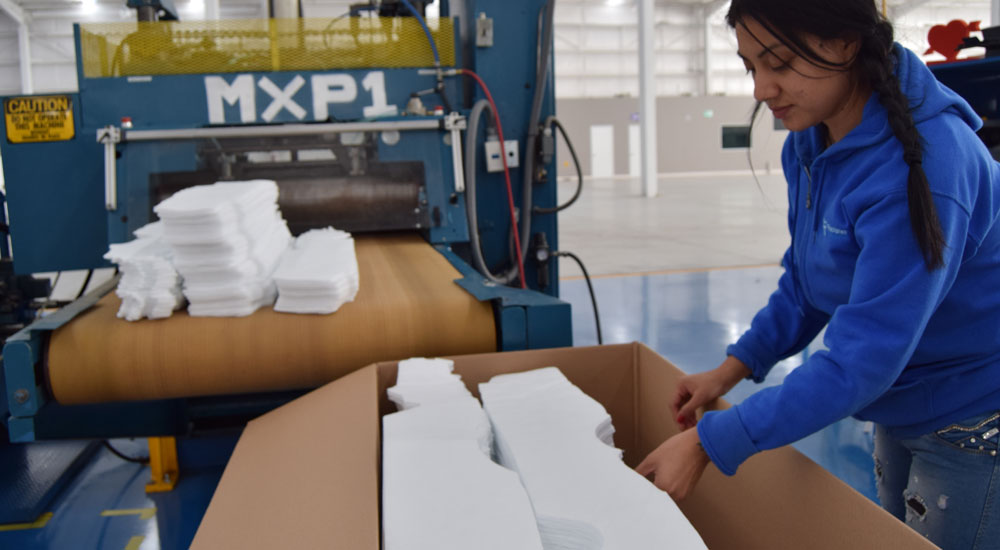 They say location is everything. That cannot be truer for international manufacturers that supply OEMs and Tier One customers with on-the-ground production in Mexico, particularly in the auto sector, where quick delivery is an essential customer expectation. Plastomer Corp., a U.S.-based supplier of fabricated products (foam, rubber and semi-rigid materials), had serviced U.S.-headquartered customers with in-country Mexico production from its facility in Michigan for many years. But in 2017, Plastomer’s ownership decided a physical Mexico manufacturing footprint was crucial for its competitiveness, to put them closer to customers.

“Customers have lots of variables,” says Bill Baughman, Founder and President of Plastomer. “If you ship from Detroit down to Mexico, a lot of issues can crop up on the way down that affect inventory. You require longer lead time and it puts more pressure on everything. We decided that if we were to setup our own Mexico production, we could offer speedy delivery, lowering waste, storage requirements and obsolescence.”

After evaluating several different Mexico production locations, some of which offered lower operating costs, Plastomer chose Entrada’s manufacturing campus in Celaya, in The Bajio region (Mexico’s center and a leading manufacturing hub, as well as the fastest growing economic area in Latin America). Plastomer’s executives felt the Bajio offered the best combination of four essential factors: cost-competitive operations, access to experienced human capital, proximity to several existing customers and, perhaps best of all, a prime location from which to serve potential new customers. Baughman knew that production in Celaya would not only put Plastomer closer to current automotive customers, it would also give them a big advantage for business development in the region. “Your customers and potential customers in Mexico want to see and experience your plant for themselves and they can’t do that when the plant is in Michigan,” Baughman said.

Perfect Location and Infrastructure for Today’s Business and Tomorrow’s Growth
OEMs and Tier Ones from industries spanning automotive, aerospace, medical device and consumer electronics produce in and around Celaya, and these multinationals rely on a network of suppliers like Plastomer for local production. Celaya is in the state of Guanajuato, which generates 70% of Mexico’s international trade and 70% of its automotive production. Additionally, Guanajuato is an important logistics center thanks to excellent roads, rail hubs and two international airports, in Celaya and Silao. This transport network ensures Plastomer stays well connected not only to Mexico-based customers and suppliers, but also to those located anywhere in the world. It also makes executive visits for plant tours more convenient.

Like other multinationals around Celaya, Plastomer also appreciates the abundance of youthful, talented labor (both directs and indirects) available locally. Mexico adds nearly 115,000 graduates per year to the workforce, on average, in engineering, manufacturing and construction. This capable workforce was another key factor that gave Plastomer the confidence to situate its first-ever production location outside of the U.S. Nearly 30 technical training institutes and universities, with more than 122,000 students, sit within a 20-mile radius of Entrada’s manufacturing campus in Celaya. In addition, numerous public-private partnerships have been established in The Bajio, enabling employees to train at onsite factory replicas, ensuring they have real-world applicable skills.

“I have a lot of confidence in our staff in Mexico,” Baughman said. “After just a year, they are as capable a workforce as I have in the U.S. after 50 years. I know my competition in places like Toluca and Monterrey has terrible turnover. But for us, turnover is manageable, because we listen to Entrada’s advice about when to make raises and add benefits, like employee transportation.”

In addition to an advantageous Celaya location, Entrada’s manufacturing support platform offered Plastomer the turnkey solution it required. The tailored production environment, a trained workforce, and all general and administrative support functions were in place before the company began production. Not to mention that Plastomer could piggyback onto all the pre-existing compliance and infrastructure elements Entrada had already implemented at its Celaya campus: fast-track import/export privileges, priority VAT refund status, government relationships, CT-PAT and OEA certifications, among many more.

Gaining the Competitive Edge
Able to leverage these fast-track elements of Entrada’s manufacturing campus (advantages that would have taken Plastomer years to establish on its own), the company was able to establish a 50,000 sq. ft. production facility at Entrada’s Celaya campus. When Plastomer is at full production capacity in Mexico, Baughman estimates they will have a staff of about 50, and will no longer need to ship 10% of its product components from Detroit to customers in Mexico.

Further, with Entrada’s manufacturing support platform, Plastomer has both scalability and flexibility to accommodate future expansion and shifting production needs. “With Entrada we didn’t require a long lease, didn’t have to build a new building and didn’t have to worry about things changing down the road,” Baughman said. “I don’t see us leaving Entrada’s campus regardless of our future size, because the campus can handle our headcount growth,” he added.

“With our operations firmly located in Celaya, we are now well positioned in the heart of this fast-growing manufacturing region to efficiently service our existing clients and move forward with our expansion plans down the road.”